25th September 2020  — This date is a historic date. At least for us, environmentalists, activists, and all change-makers as this was the day of our Global Climate Action. This was the day to stand up and reach out to those in power, to question them as to why they were so ignorant of climate change and what actions were they taking up to bring about Climate Justice

But there were difficulties. This was the period of Covid when we could not so easily assemble somewhere even if for a worthy cause. Vizag was never silent even during the Covid situation. On World Environment Day, we had a Street march and stood out with placards. But other than that nothing else. In the past month, I had often gone out for street awareness activities and street strikes, mostly alone but sometimes along with two or three other team members like Riyaz, Nikhil, Bhavesh, etc. All this was as a part of Youth For Climate India’s street action plan jointly organised by Fridays For future too.

This Global Climate Strike had to be different and we were planning for this for a long time. But the main difficulty was again the assembling factor. Yet we managed it as it is well said, “Where there is a will, there is a way”, so we could get permissions for assembling of few people. We divided our program into three phages so that more people could join at a convenient time and not all in a cluster.

Our morning strike was at the Central Park. That was our most active part of the strike. It was the most memorable strike I have ever been a part of. Initially, there were only three of us who had assembled at the main gate of Central Park. That was looking disheartening. But as the day advanced by 10 a.m., there were already fifteen of us in the strike with lively placards, shouting slogans and catching the attention of everyone there. There were the police taking our video, there was the press, news channels, and newspapers taking our interviews as we spoke about climate issues and the deforestation of mangroves in Visakhapatnam. Deepsri and I were the chief spokespeople, where Deepsri addressed general climate issues in Telugu and I, about mangroves deforestation in English. Then there were people from a political party, who were protesting for Farmer’s rights and bills, who also joined us in our strike. Altogether the strike became widespread and got across to many people, media, and also government officials who were entering the Municipal office right across the road.

Our afternoon strike was in front of the Collector’s office. Here there were five of us and a media reporter who was acquainted with one of our friends there at the strike. Although this strike did not gather as many people as our morning strike, yet it did attract the attention of many people to whom we got to speak with about various issues. Many officials entering the Collector’s office also stopped and watched us.

Then we headed straight for our evening strike at the Beach road. That was more of an interactive session with people. It was an interesting part of our strike that day when we interacted with various people about Climate change, the depleting condition of Visakhapatnam Mangroves, our team, and our activities. We also met many enthusiastic people who joined our team. Altogether it went out fine with us shouting slogans and showcasing our placards high for the not-so-cautious city trapped in rich dreams of comfort whilst the city reeled under the impact of climate change and deforestation.

The Strike was a start, it was an acquaintance of us, activists working towards the same goal, working for a clean and green planet. We reached out to many people that day physically and also indirectly by media. The message had spread, the fight had begun and now we have upon ourselves the prime duty of continuing this fight with the same fervour and perseverance for a clean, green, and safe future. So we are ready to do so, but are you willing to help us? 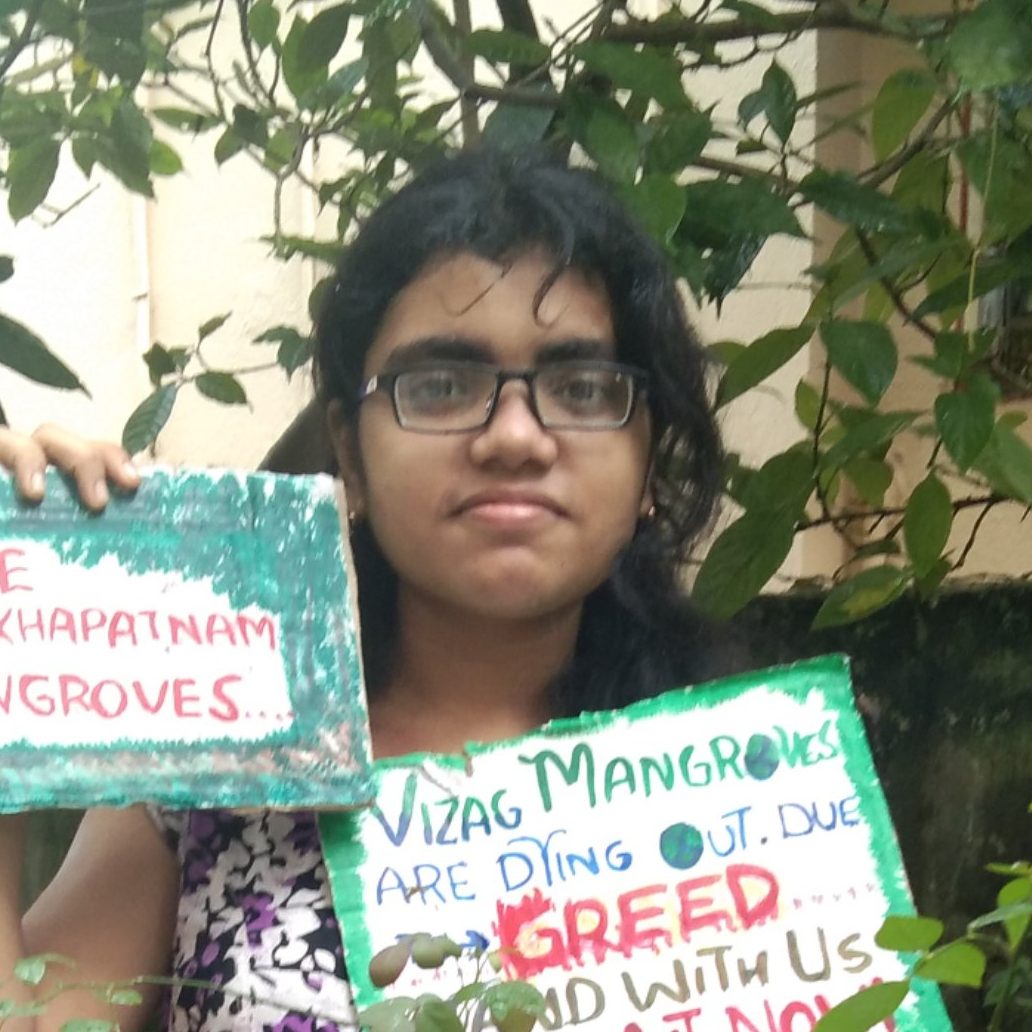